This project intends to replicate the proof of concept pilot project, successfully implemented in Chanyanya in 2008, on a much larger scale.

The core objective is to establish a partnership between smallholder and commercial farmers in the project area, providing them with access to year-round irrigation with centralised management to create a sustainable commercial farming operation with pro-poor benefits.

The project area is situated in the Kafue district of Zambia, adjacent to the Kafue River and has long been characterised by poverty and underutilisation of available resources such as land, labour and water. The project represents a unique and practical opportunity to facilitate the exploitation of these abundant resources for the benefit of the local community.

This initiative represents a milestone in the new approach to agricultural development to establish viable farming operations that can be replicated across Zambia and elsewhere in Africa. 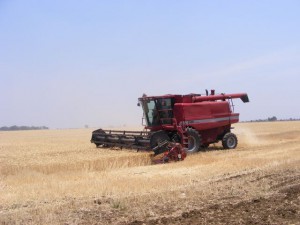 eleQtra is developing a 50MW wind power project at a coastal site in Ghana. The Project will comprise 16-25 utility scale wind turbines

The Chanyanya Project Cooperative was chosen to host the World Food Day held in October 2012 and broadcast on National TV.

Overview of the "Proof of Concept" pilot project commercial operations.