The Kalangala Infrastructure Services Project (KIS) is comprised of the construction, operation and maintenance of two roll-on roll-off passenger and vehicle ferries (the first ferry service was launched in 2012 and the second ferry came into service in 2014), the upgrade of the island’s 66km main road from a dirt road to a gravel road (completed in December 2015), a series of solar-powered pump based water supply systems and a town water reticulation (the operations of which started in 2016) and a 1.6 MW (nominal) power generation system, 33kv transmission system, low voltage distribution system and the installation of a prepaid metering system (which started operation in 2015). The four components were integrated in to a commercial enterprise to achieve the desired economies of scope and scale.

The Project was financed by a combination of equity capital from the Industrial Development Corporation of South Africa (“IDC”) Uganda Development Company (“UDC”), InfraCo Africa (“InfraCo”) and a contractual ownership interest held by eleQtra, commercial debt underwritten by Nedbank Capital Ltd and a grant from the Private Infrastructure Development Group (“PIDG”). The commercial debt benefited from a credit guarantee issued by USDAID (under the Development Credit Authority) and GuarantCo Limited (GuarantCo).

The Mwambwa River Hydropower Project will support the Government of Zambia’s policy of increasing installed capacity in the country in order to eliminate the power deficit. 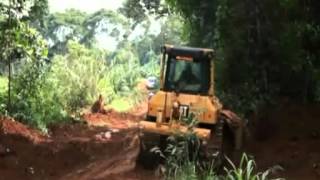 An eleQtra video outlining the social and economic benefits the island residents expect the implementation of the four part infrastructure project will bring to their district community.